Customer Story: How Tableau is used at Axel Springer to analyze advertising revenues

For the analysis of advertising revenues, the global media company Axel Springer SE had been using an outdated BI technology for more than 15 years. As part of a transformation project, a modern, dynamic and flexible BI system was to be introduced and established.

Axel Springer SE is one of the largest publishing groups in Europe with a range of multimedia, national and international brands, with over 15,000 employees worldwide. Axel Springer SE's media are among the widest-reach titles in Europe. The company is active in more than 40 countries through subsidiaries, joint ventures and licenses. The company's headquarters are located in Berlin.

Central corporate IT as well as several specialist departments from the areas of advertising and advertising revenues, programmatic advertising, yield management and controlling.

For more than 15 years, Axel Springer had been using an outdated BI technology for the analysis of advertising revenues and the performance of sales activities. In addition, the system was very static, so that the connection of different data sources and dynamic, frequently changing analysis requirements were no longer guaranteed. High manual and personnel efforts were the result. The project goal was to implement a modern, dynamic and, above all, flexible BI system that could fully cover these requirements. This was to be centrally administered and supported by the company's own IT department.

At Media Impact, a subsidiary of Axel Springer SE, Tableau was introduced in pilot operation and a proof of concept was successfully implemented with the reporting of the company's sales and marketing activities. Tableau was received extremely positively by the users at Media Impact, so that in a second step the rollout to other areas in the group could be carried out. In the course of this, a new data warehouse was set up in AWS and responsibility for the entire solution was transferred to the central IT department of Axel Springer SE. 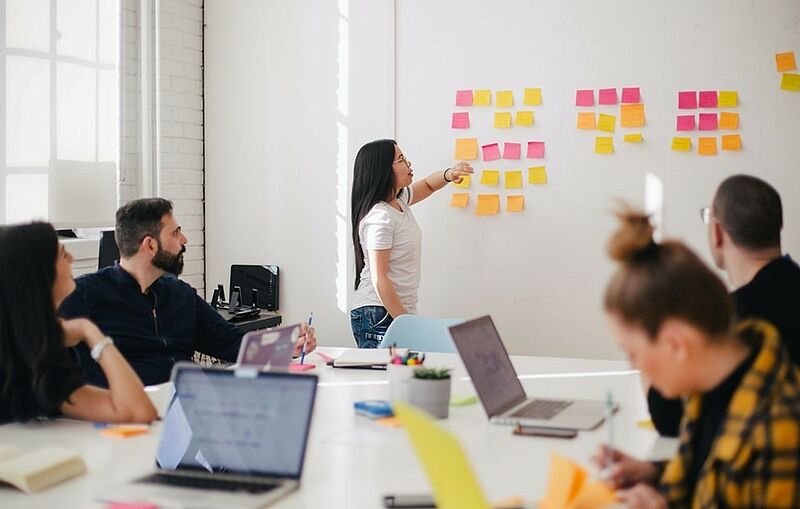 Tableau is now used at Axel Springer SE in many different departments for very different application scenarios. The respective clients are running on separate server sites, which are centrally administered by the in-house IT, with regular support from M2. The use of Tableau has led to improved monetization of advertising space and optimized space marketing processes, particularly in the area of ad sales. This has enabled higher revenues to be achieved through targeted analysis of advertising space utilization.

The majority of the now almost 1,000 users use Tableau to analyze and manage the advertisting business. As a result of the successful establishment of Tableau in the company, exciting, further-reaching projects (such as the sensible use of Tableau Extensions) are now being implemented across departments in order to make effective use of the opportunities Tableau offers for the company. The users meet regularly for internal network meetings to exchange information about current challenges, implemented divisional projects and innovations of current Tableau versions.

Do you have questions about the use case or do you have a similar case in your company where you need support? Then please contact us. We look forward to exchanging ideas with you!

If you would like to be informed at regular intervals, please register here for our newsletter:

We are constantly developing our range of services, training and technologies. Stay regularly informed and subscribe to our newsletter. You can revoke your consent at any time, either by e-mail to info@m2dot.com or via our contact page. The newsletter is sent out on the basis of our data protection regulations.